When I think back to the first time I made my first million dollars ... I remember having mixed feelings. I knew I did nothing deliberate to earn it. It wasn't my focus I was doing what I enjoyed and it happened. I wasn't aware of it my accountant phone me and told me . But when she was telling me she was speaking loudly and very fast. What she was saying combined with taxes made, it felt good and bad. My first impression was excited but it came with tax baggage. It felt good but It didn't feel great.

So I devoted hours on learning from my accountant how I did it. From that day on I spent more time on my numbers. I knew I was on to something. Thirty years later, I've repeatedly used this strategy over and over again. After mentoring my son I created Entrepreneur Dream Team to help others do the same. This have led to four new millionaires since 2017 and nearly 100 new and existing businesses.  In 2021 the goal is to create 100  millionaires! I'm sure 100 millionaires will be made, my question is, will YOU be NEXT?

Want to know what I learned? Sign up for my new master classes or mentorships and feel awesome about your life. 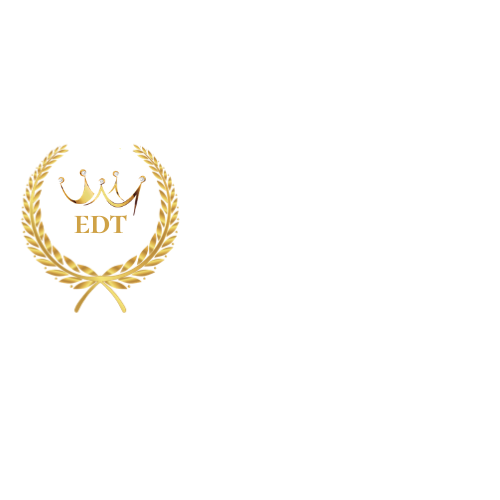 This workshop is for you if...

I remember when I met with Dick, a business partner who I shared my business plans with feeling over the moon with excitement He loved it and couldn't wait to begin. We both were thrilled about it and began to execute at once. During my journey I observed Dick go into the bank and less than three weeks he had a check in his hand (with my business plan). I went into the same bank with the same loan officer, with the same business plans, with over eighty thousand dollars liquid cash in a different bank, I owned my home whereas Dick rented a one bedroom condo. After one week I was denied. The loan officer looked me in the eyes and told me I could use my own money to get a secured loan but that was the best she could do for me. Dick had a little over two thousand dollars in his bank account our credit scores were a few points apart. I knew she was discriminating against me. It was the way she did it , so provoking and with a grin. It was almost like she was enjoying denying me knowing that she had just approved Dick's loan with the same business plans. I felt fire coming from my ears and nose. I looked back into her eyes and answered, "I will not be accepting a secured loan from your bank". I took a deep breathe gave her the most beautiful smile, I thanked her and walked away with my head up high. I left there filled with anger. I drove as fast as I could to my parents home to share with them what happened. They were setting at the breakfast table. I had fire in my eyes my mother asked me what was wrong. I begin venting. My mother was telling me to calm down and my daddy wasn't saying anything. I was pacing the floor back and forth venting about how it wasn't fair.. Finally, I looked at my daddy and said, "Daddy say something!" He looked at me with a smirk and said, "

Life is not fair". I started all over again venting about what am I going to do about this? What am I going to do about that? He stated in his deep voice, "Figure out!". He turned away to look at my mother, sipped his coffee then change the subject. I decided not to move forward with this business plan instead I created a new business plan. This would be a Modeling Agency.  I had just returned home from modeling professionally at New York and Europe therefore this was fun and exciting for me. This girl was still on fire, right out the gate within months we had to expand. Then two months later we had to expand again. A few months later we had to expand again, this time I decided to buy a 17-room mansion in the historic district in our city. The local newspaper name me "Top Ten Successful Women of Hampton Roads". In my first year I had made over one million dollars in revenue. I truly found my passion. The rest is history.

When my son graduated from college, 2013 the world promised him a great job. He went to an elite college got good grades and ultimately did everything by the book society asked. However the economy was failing college students across the globe. Faced with a lack of jobs. This was my opportunity to start my son entrepreneur career. We put a business plan together. We started with real estate. By the age twenty seven he had over one million dollars in real estate assets. Along his journey his friends were consistently asking him how to do the same. He was interrupted quite a bit helping his friends out. I promised him that once he reached one million dollar threshold I would start to help his friends. 2017, Entrepreneur Dream Team was born. We are proud to say this competitive spirit led to four new millionaires since 2017, we have helped 100 new and existing businesses.  I have never seen so much excitement and enthusiasm in my career while sharing my secret formula on how to make a million dollars . Below I have created a program called, " One Million on Your Own Terms" which essentially guarantee making one million dollars on your on terms or your money back. Now facing a pandemic the world has again come to a time to take the bull by the horn and Silently Make Boss Moves together. In 2021 our goal is to create 100  millionaires! .  I'm sure 100 millionaires will be made, my question is, will YOU be NEXT?

This is our Signature Program that guarantees gains of one million dollars or more on your own terms. As long as you follow my blueprint you will make one million dollars or MONEY BACK guarantee. I love to hear, "I did it!!" To keep improving your life you'll need to be a good listener. All I ask of you is to be honest with yourself

I'M READY FOR A MENTORSHIP

This Mentorship - Master Class wprkshop is so impactful it will be hard to not succeed.

The most successful people in the world are business owner's who have had a mentor.

Don't let this incredible opportunity to work aside a thirty years successful entrepreneur.

BECOME A MILLIONAIRE BY SILENTLY MAKING BOSS MOVES WITH US!

What You Get : Improve Your Mindset and Skills To Learn How To Make One Million Sherry Battle -Edmonds, Self- Made Multi-Millionaire and Founder of the Entrepreneur Dream Team where our goal is to improve your financial portfolio by Silently Making Boss Moves.  I will personally teach you how to create a successful business and invest in real estate and stock market. If you have an existing business, scale this business to new opportunities to grow to the next level

Need Funding To Invest? No Problem, We've Got It! FUNDING RANGE: 10K - 400K , Stay Calm We've Got You! Good, Bad or Ugly Credit Doesn't Matter. Fill out form below. Will be in contact with you

Damon from Shark Tank and Kevin

Kevin, Original Founder of Sobe Drinks and I

Sherry Battle -Edmonds, Self- Made Multi-Millionaire and Founder of the Entrepreneur Dream Team where our goal is to improve your financial portfolio by Silently Making Boss Moves.  I will personally teach you how to create a successful business and invest in real estate and stock market. If you have an existing business, scale this business to new opportunities to grow to the next level